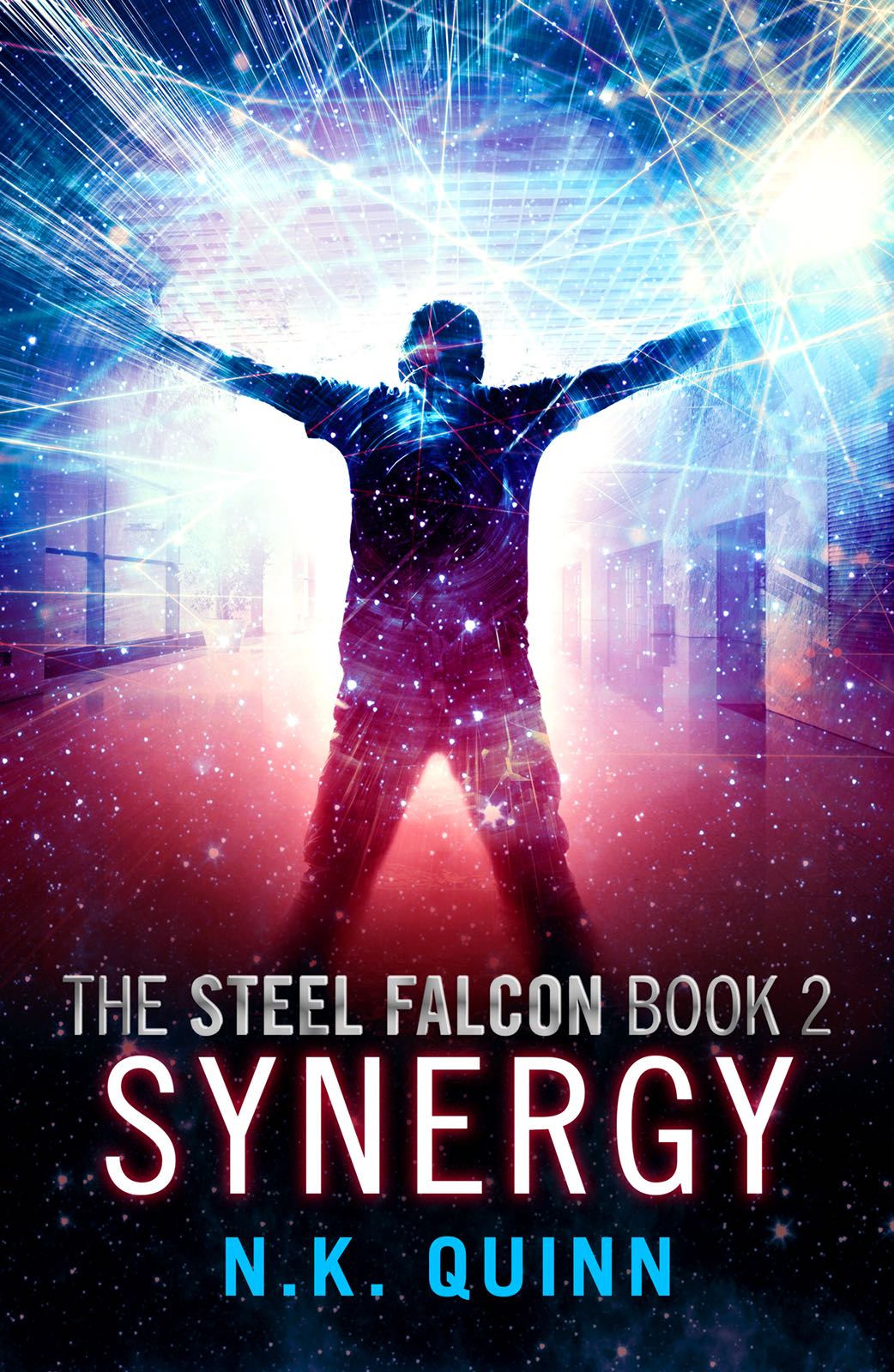 After making an uneasy alliance with the voice in his head, Kalum Walker’s life has started to turn around. He has a starting position on the Henkan team, a crime-fighting alter ego, and a date with the hot new girl in school. But as his alter ego fights an increasing number of violent attacks, he can feel himself losing the battle to the being who shares his body.

And the lines between his personas blur even further when he uncovers a conspiracy to conduct experiments on his teammates’ minds that somehow relates to his ex-scientist father. With his own sense of self slipping away, Kalum must uncover the dangerous truth behind his father’s legacy to save his friends and preserve his sanity before they’re all lost forever.

Synergy is the second novel in the exhilarating Steel Falcon YA sci-fi superhero series. If you like masked vigilantes, high-tech cities, and shocking twists, then you’ll love N.K. Quinn’s crime-fighting adventure.